Home » The 18 Most Popular Bar Drinks In The World

The 18 Most Popular Bar Drinks In The World

Is there anything more enjoyable than a well-crafted drink? Not in our opinion.

﻿With our Martinis, we’d want nothing more than to be sitting at our favorite bar, watching the mixologist choose the right cold vodka. Or slicing a particular piece of orange peel for our Old Fashioned. We’re here going to discuss about most common bar drinks and tropical cocktails that people love to have.

Drinking cocktails is one of our favorite pastimes since there are so many varieties to choose from. With friends or co-workers, a cocktail bar is a great spot to spend the night.

When it comes to basic cocktails, there are options for everyone, from those who like their booze to taste a little less like alcohol to those who prefer their drinks to burn on the inside. A Cosmo or an Old Fashioned? We’ve got you covered with an article that’s sure to be of interest, no matter what your preference.

What makes a drink a classic cocktail will be the subject of discussion today.

Most Popular and Basic Bar Drinks In The World

Old Fashioned glass or tasty drinks never go out of style. You can’t go wrong with this traditional combination of rye whiskey or bourbon, a slender cube of ice, Orange Peel and Angostura bitters. There you have it, the world’s most popular cocktail or bar mixed drinks.

Gin and tonic is a basic concoction made up of a flavorful dry gin and a sharp, bitter tonic. If you want a certain ratio of gin to tonic water, talk to the bartender about it before you get started mixing your cocktail. The traditional G&T is garnished with a lime wedge or orange slice in a highball glass.

Among the world’s cocktail contributions, the Mojito is Cuba’s most celebrated creation. One of the most popular as well as loving cocktails and non-alcoholic bar drinks in the world is a concoction of white or dark rum, lime juice, sugarcane nectar (white or dark), and club soda. The minty flavor of the mojito by using mint leaves in a glass with ice, a traditional chilled cocktail glass beverage, nicely complements summer.

Sprite or 7-Up may be used instead of club soda if you want. A Mojito’s minty taste may be enhanced by crushing its leaves rather than chopping them into little pieces. This chilled cocktail glass of drink gives you great feeling or lemon twist in summers, also known as lemon lime soda in certain nations.

There are several misconceptions about the Daiquiri. True Daiquiris are created with white rum, lime juice, and simple syrup, not the fruit and blenders that most people think of when they think of the cocktail. Regardless of the situation, it is one of the best refreshing and low calorie bar drinks.

The color of the Negroni comes from a combination of Campari, a brightly colored apéritif laced with aromatics and herbs. Additionally, known for its bitter taste, a sweeter version of the fortified red wine, and sweet or dry vermouth. Sweet vermouth and gin are mixed in an exact ratio in a classic negroni. Stirred and garnished with an orange slice, it’s served in a rocks glass. This classic drink gives you an orange twist.

Coffee liqueur, sugar syrup, and espresso comprise the thick and creamy base of the Espresso Martini. Before straining into a Martini glass, shake the ingredients with ice cubes well. A few coffee beans are often sprinkled on top of the frothy crushed ice.

Dick Bradsell, a bartending maestro, created this mixing glass drink, first calling it Vodka Martini Espresso before renaming it Pharmaceutical Stimulant. In the late 1980s, he originally made it for a teenage model at Fred’s Club for a now-famous model.

Whiskey fans will like this cocktail or sour mix, as will those who aren’t fans of the brown spirit; because of its lemony lift and subtle sweetness, it will also appeal to those who enjoy citrus juices. Bourbon or Rye whiskey, lemon juice, Simple syrup and optionally dash of egg white or cocktail foamer are all that is needed to make it. With egg white it is addressed as Boston Sour.

In the realm of Tiki beverages, the Mai Tai is regarded as one of the best. One of the world’s most loving cocktails, it’s made with rum, orange curaçao, fresh lime juice, and orgeat (an almond syrup). Fruity, tropical, and sweet, this is a Polynesian-style drink. In Tahitian culture, the combination of light and dark rum with orange curacao, orgeat syrup, and lime juice has long been a symbol of their traditions.

Away from Manhattan: It is quite tough to get away from Manhattan, and the current popularity of rye whiskey makes it even more difficult. Stirred, strained, and garnished with a brandied cherry, this cocktail of spicy rye, sweet vermouth and two dashes of Angostura may make you feel like a genuine gentleman of the highest kind.

In more than 10% of bars, the Manhattan is among the top three classics, and it will be one of the top 15 most popular cocktails in the world in 2021, according to the World Barometer.

Despite its ghostly appearance, this drink is full-bodied and flavorful. Most cocktail drinkers’ lips will pucker at the beverage’s strong citrus aromas like lemon juice.

In 1919, London’s Ciro Club introduced this cocktail to the public. Anyone with a sweet tooth should steer clear of this one; only those who prefer sour fruits will find it enjoyable. Adding Cointreau or Triple Sec and a generous amount of Lemon or lime juice to a gin-based popular cocktail can cause your taste receptors to go haywire.

If you don’t want to use egg whites in this drink, you may substitute a vegan alternative. Due to the color of the beverage, it is referred to as the “White Lady.” Laurel and Hardy are rumored to have enjoyed this beverage. Adding sugar to this refreshing drink defeats the purpose of using so much fresh lemon juice. Negroni and Mojito enthusiasts will love this.

Sometimes you just want a drink that will get the job done, and elegance and refinement are thrown to the wind. A boozy concoction of five different types of spirits (Tequila, Vodka, White Rum, Cointreau, Gin) together with lemon juice, club soda or cola, is perfect simple syrup for such occasions. It shouldn’t all come together in a single cocktail glass, yet it does.

The cranberry-lemon-triple-sec Cosmopolitan has surpassed the age-old Screwdriver in popularity, thanks to certain vodka drinkers or whiskey lovers who prefer the fresh and tart flavor of the Cosmo. The finest cranberry juice and Cointreau Triple Sec are the two most critical ingredients in Cosmopolitan preparation.

Mixing vodka with tomato juice infected with anchovies and Worcestershire sauce creates the Caesar drink, which is popular in Canada. Celery salt-rimmed glass with lemon wedge, sweet vermouth, and celery stalks are popular accompaniments to the drink.

Walter Chell, a restaurateur in Calgary, Alberta, is credited with inventing Caesar in 1969 to celebrate the launch of a new Italian restaurant. Chell’s Italian origin was the inspiration for the name of the drink.

It is a mainstay during Canada Day festivities and other casual gatherings in Canada, despite the fact that it is seldom known outside of the country’s boundaries. Canadian people love this one of the best and popular cocktails or known as Canadian whiskey.

In the summer, the Moscow Mule is one of the most pleasant basic drinks and beverages to enjoy. A copper mug is also an attractive choice as a serving vessel or mixing glass. Ginger beer, lime juice and vodka are all that’s needed to make this drink.

A Moscow mule mug or wine glass should have lime juice squeezed in. Infuse two or three ice cubes with vodka, add the ginger beer, lime cordial, and top with ice cubes in a collins glass. Serve the mixture after it’s been stirred up.

As a tropical cocktail, it’s not something we expected to be so popular; perhaps it’s because it’s one of the simplest and most satisfying tropical beverages or pineapple juices to create and consume. This drink is made by combining a few ingredients and garnishing it with nutmeg and a pineapple slice. In a hurricane glass, the presentation is complete.

The Banana Daiquiri, a version of the standard Daiquiri, was initially served at St. Thomas’ Mountaintop bar in the United States Virgin Islands in the 1970s. Using a cocktail shaker, add all the ingredients except the banana liqueur and ripe bananas and shake until well-combined.

It is claimed that agave spirits taste better when they are combined with bright and fruity tastes such as citrus or lime juice and pineapple. This epiphany culminated in the creation of a cocktail masterpiece known as the Kerb Crawler.

A well-balanced combination of sweetness and acidity is produced by including grapefruit juice, peach schnapps, and apricot liqueur in each sip. In addition, the muddled strawberries and oz lime juice lend a lovely crisp note to the drink, which goes well with the vanilla and bitters flavors like ginger beer.

If you plan to hire Barecular for your next event, you don’t need to stress about drinks as they offer you all the drinks mentioned earlier at their mobile bar. When you work with them, you’ll benefit from Internationally trained, world-class cocktail professionals and drinks from around the world, all in one place. 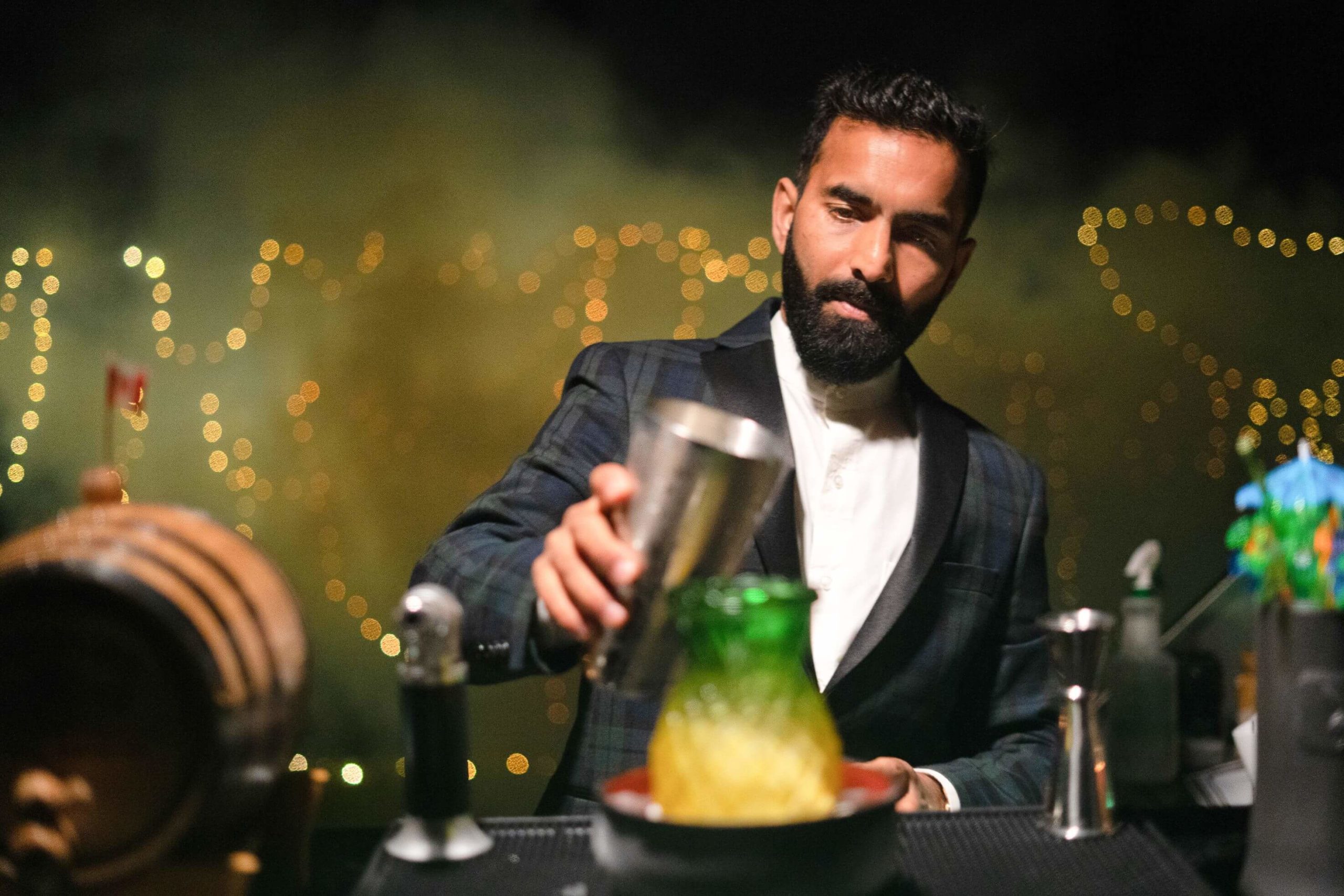 When Prit first started out, his passion for spirits and bartending drove him to leave the hospitality industry with over 10 years of experience, and gave him the impetus to turn hard work and passion into a booming business.
All Posts »
PrevPreviousBartenders Canada-: Hire A Professional Bartender For A Private Party
NextSeven Reasons You Need To Hire A Mobile Cocktail Bar For Your Next Grand EventNext 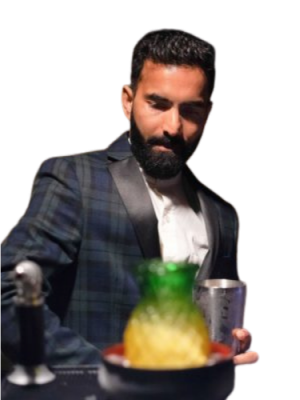